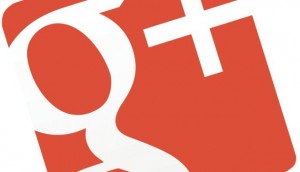 I hate to say it, but I have a hard time using Google+. In fact I generally don’t promote Google+ much, and find very little value in it. I do have clients who have been forced into accounts since they created YouTube channels or were transitioned to Google+ after they had Google Places pages. Not many of my clients use it though.  Perhaps that is due to individual clients goals, or perhaps it is because Google+ pages that lack any substance, don’t get traction. Regardless, I have a hard time supporting it.

Even as far back as 2011, I had a hard time determining IF my clients needed to set up a Google+ page. Today I ran into an article that brought that to mind again. What I read made me consider that these changes may be the beginning of the end to Google+.

Throughout the last few years, Google has actually been back peddling on several of Google+ mandates put into place. That’s why these new changes, specifically for Google Play, are not that unusual. The changes will ultimately benefit Android users, since very soon Google Play will become less integrated with Google+.

As it is explained in the article, Google Play Services are currently tied to individual Google+ social media accounts. All users are required to sign in, which allows players to continue game progress from any device. Doing so however makes game activity visible to anyone on the web. There are some options to minimize this, however it takes quite a bit of effort on the part of the user to make their game play less visible. Soon though, users will not be required to sign in to Google+ to access games.

I suppose that sounds like a big mess. In some ways it is. Integration of Google+ into “everything Google” has caused a big mess. Certainly Google+ falls short on competing against Facebook, and has backed down from a few other mandates in the past year or so. As we begin to see Google+ unravel, I begin to question the strength of the platform and find myself asking, “Is there value in using Google+?” and “is this the beginning of the end for the social media platform?”

Please add you your thoughts on Google+ in the comments below.